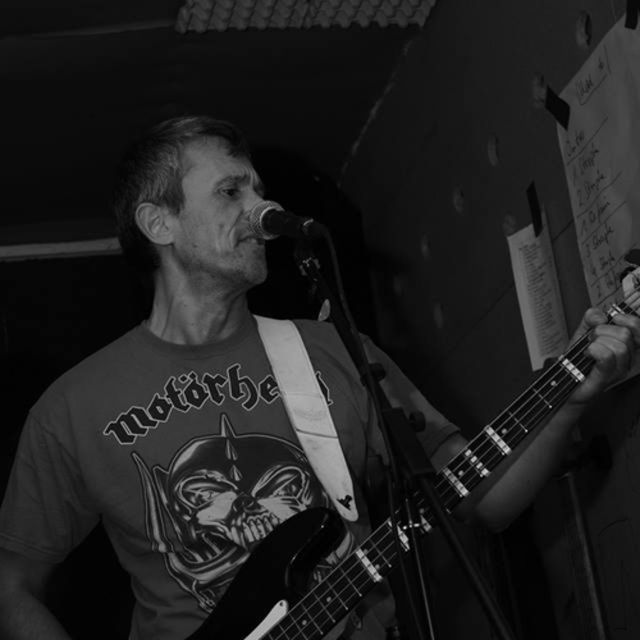 I fear this is going to be a bit of a novel, but I'll try to keep it as short as I can.

Novel:
I'd describe myself more of a lyricist than a singer or musician but, as needs must when the devil drives, I found myself not only writing original song material for a rock band, WildßcreW, but ultimately in a studio recording 11 of our 25 "alphas"* as their vocalist.
This was the result, take a listen,
wildscrew.bandcamp.com
I believe three "listens" cost nothing.
Unfortunately, but apparently is oft the case, the stresses and strains of the production of the CD ultimately caused the band to split, with the band founder and author of all the alpha* guitar melodies leaving the band.
The four remaining members decided to soldier on and so I conceived five original "Alpha" songs with a view to making a second CD, one of which was crafted as a "Beta"*.
But the music God, which had borne a grudge against WildßcreW from its inception and cursed our progress with many set backs, culminating in two separate cases of (thankfully recovered from) tumours, finally dealt the band its death knell this summer.
But, as some great lyricist once penned, one man's loss is another man's gain, and I'm thus placing myself "on the market".
I remained firm friends with WildßcreW's guitarist and founder and, when he founded a "Die Ärzte" and "Die Toten Hosen" Coverband (Die Arzthosen - http://www.diearzthosen.de/).
in the summer of 2016, he was struggling to find a bassist and so I volunteered that I could fill the spot (it can't be that hard, surely?!) at least until he found a replacement, And I've been in the band ever since, and with 30+ songs in our repertoire we are playing ever more gigs.
At the end of 2016 I also joined the village choir, initially to see if I could glean any singing/vocal tips. I was assigned to the bass section, as all choirs suffer from a dearth of men, and I quickly decided to sign up as the old folks, and that is saying something, 'cos I'm no spring chicken myself, are such great fun to be around.
But, fun as the choir and cover band are, my heart lies in lyric writing and singing. I have over 150 finished songs waiting for a suitable musical melody! I have five personal alphas, a beta, permission to use another 30 alphas.
I believe I can claim, despite my relatively short time in the music "business", to offer a band, which is interested in developing original material, a good foundation of original material and strong lyrical support.
My song writing skills were independently confirmed by my entry of the CD's "Writing On The Wall" song into the GASC (Great American Song Competition) 2017 - where I was as stunned and surprised (the American market is very ... special) as I was proud to hear that the entry finished as a finalist:
https://www.greatamericansong.com/honorary.php#ROCK

Yes, I speak German, not perfect, but good enough to hold my own.

My other commitments mean I can only spare an evening for a get together/rehearsal (Tuesday to Thursday incl.) and I'd definitely prefer a band in the Idstein area, as I already spend too much time travelling to and fro for rehearsals.

I am defintely up for "remote" work,, specifically adding vocals to guitar melodies, effectively preparing alphas (with my home studio equipment and REAPER).

*ALPHA: A song skeleton. A minimum of one guitar track and the vocals/lyrics.
**BETA: A song as played in a rehearsal session with the band - effectively a live performance of the song and the basis for a studio take..

AC/DC (specifically Bon Scott) and ABBA (of course) & Country & Western as a kid) and all the great bands and their top hits, from Queen to Queens of the new stone age, from Billy Idol to Billy Talent, Green Day, Sex pistols, Van Halen, Blondie, Pink, the Police, The Beatles, Judas Priest, Rainbow, Thin Lizzy, Eminem etc. etc., and, of course, from my home town in the UK, Mr. Robbie Williams.