The Vigil + Band in Hamburg, Hamburg 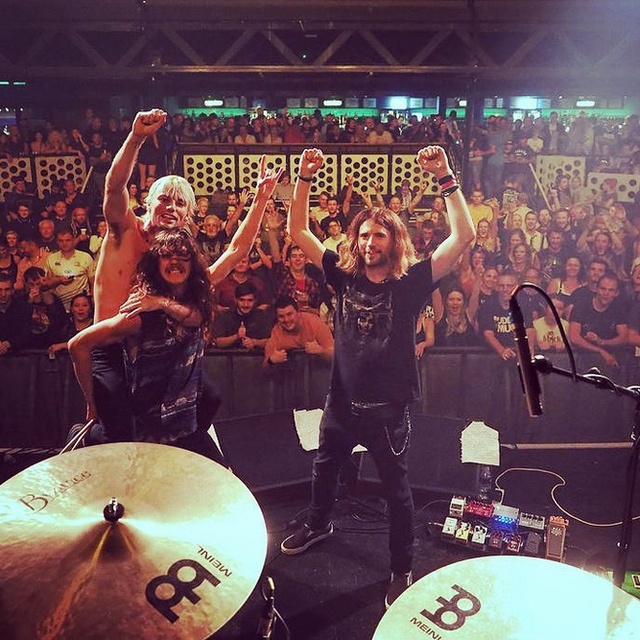 Drummer and bassist wanted for the band The Vigil
The Vigil is an Alt Rock band from the UK now based in Hamburg. The current line up is Olly Smith on lead vocals and guitar and Australian Jake Kitchener on guitars and backing vocals. We are currently looking for a drummer and a bassist.
Our influences include Foo Fighters, Nirvana, Queens of the Stone Age, Rammstein and HIM. The Vigil has supported and toured with many great bands such as Puddle of Mudd, Everclear, Therapy?, Anvil, The Datsuns, Lonely the Brave, Unzucht and many more. I have also worked with great producers such as Nigel Pulsford from the band Bush, Dave Draper (The Wildhearts) and recorded at Rockfield Studios where Queen recorded Bohemian Rhapsody. Our last album "Hypervigilance" got 7 out of 10 in the German Classic Rock Magazine and appeared in the German Metal Hammer Magazine. We also had radio play all over Europe and were featured on the UK rock radio station Planet Rock. We've played major festivals in the UK and played to large audiences when supporting bigger acts and have been comfortable on both the bigger and smaller stages. We are looking for musicians for the next chapter here in Germany. The age range that might be suitable would be 24-45.
If you are interested, please send me some links to your playing, with other bands, solo or ideally a youtube video etc. We can then review them and if it's a good match we can meet for a practice area in Hamburg , with Corona safety measures of course.
Contact us via email: feverdogpromotions@, The Vigil Band pages, Facebook etc. Facebook page of Vigil: facebook.com/thevigilmusic instagram.com/thevigilmusic youtube.com/thevigilmusic
Look forward to hearing from you
Thanks The Vigil